Ready or not, here comes another national campaign year. Primaries, debates, rallies, fundraising appeals, op-eds and Facebook posts. And finally, long after we have had enough, a chance to vote and put an end to our misery. Or perhaps to see a new misery begin.

Ever since election pundits coined the term “values voters,” it has been applied to religious and social conservatives who vote based on their “values” of opposing abortion and same-sex marriage. Every year the Christian fundamentalist Family Research Council hosts a “Values Voter Summit” with an explicit goal: “to preserve the bedrock values of traditional marriage, religious liberty, sanctity of life and limited government that make our nation strong.” In 2016, then-candidate Mike Pence called it “the greatest gathering of conservative pro-family Americans in the nation.” 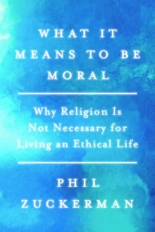 All of this goes rests the false belief that people need religion to be good people, and that religion defines the complete set of positive, socially-desirable values. It is feared that without the belief that a god commands you to love your neighbor as yourself or to care for the widow and orphan or thou shalt not kill or steal, the alternative is amoral anarchy of “Nature, red in tooth and claw.” [Tennyson] And so people who vote with their values, it was assumed, must be the religious since THEY have values. 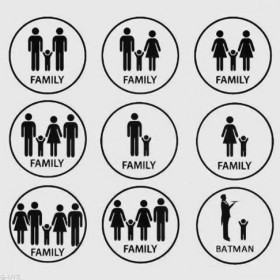 We all know that this is not true. Secular people, and for that matter adherents of liberal religions, DO have positive values and beliefs, even if they differ from those of traditional and fundamentalist religions. We believe in the dignity of human beings to choose how they live and whom they love. We believe in equal treatment for all, and thus see through a ploy to use “religious liberty” to continue discrimination and disparate treatment. We are “pro-family” – we have a broader definition of “family” (see illustration, except for “Batman” example). We value scientific literacy, and cultural diversity, and much more.

So if and when you choose to vote, feel free to vote your values. After all, you too are a values voter.

Adam Chalom is the Rabbi of Kol Hadash Humanistic Congregation in north suburban Chicago. He is also the Dean for North America of the International Institute for Secular Humanistic Judaism.
View all posts by Rabbi Adam Chalom →
This entry was posted in Humanism, Kol Hadash Shofar and tagged Humanism, Politics, Voting. Bookmark the permalink.