“Coming Out” as Humanists and Humanistic Jews

A version of this article appeared in The Shofar newsletter of Kol Hadash Humanistic Congregation in October 2011.

Are we “in the closet” as Humanists and Humanistic Jews? 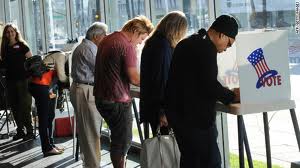 In recent years, the greater Humanist community has begun to learn from the experience of the LGBT (Lesbian, Gay, Bisexual, Transgender) world. In a May 2011 study by the Pew Research Center, over 60% said a Presidential candidate being gay would make no difference in their potential support, and 33% would be less likely to support him/her for this reason. If the candidate did not believe in God, however, only 33% said it made no difference and 61% said they would be less likely to support him/her – significantly worse than “never held elective office” (51% less likely to support), “had an extramarital affair” (46% less likely), or even “been an elected official in Washington for several years” (25%). Choosing to publicly self-identify with a disliked group is an act of courage and dignity, but it is also a challenge.

Several key lessons stem from the LGBT journey over the past few decades which we can take to heart.

–          Visibility is a key step towards tolerance: the more people who knew, worked with, or were related to someone gay, the harder it was to demonize, or even to deny basic rights, to the group. “Coming out” proved to be beneficial not just to the individual, who could now live authentically, but also to the community, which was no longer invisible or on the margins. Joining a Humanistic community/congregation is just such a step towards authenticity and, we hope, visibility. I once got a call from someone who saw an article about our congregation in the Chicago Tribune. She said, “I like what you stand for but I’m not a fan of organized religion.” I responded, “If only everyone who didn’t like organized religion would actually join something, then we’d have a voice!”

–          Self–Advocacy requires courage: LGBT individuals, like Humanistic Jews or Jews in general, tend to look like everyone else. So they often hear jokes or comments they would not were they visibly different like African-Americans or Latinos. The question then becomes: when to speak up, and when to remain silent? The more we self-identity, and self-defend, the more we risk the disapproval of others. But whose respect would we rather deserve, other people’s or our own?

The only tyrant I accept in this world is the “still small voice” within me. And even though I have to face the prospect of being a minority of one, I humbly believe I have the courage to be in such a hopeless minority. Gandhi

–          Believing is better than non-believing: what we stand FOR is even more important than what we stand against. While some of the fruits of the LGBT experience have included challenging traditional gender roles and social institutions, standing for loving partnerships and equal inclusion has been a much stronger position. We are not “non-believers,” with no positive content – we believe, we have values, we live out those values in the world, as  Humanists and as Humanistic Jews.

–          Coalitions build strength: there are times and places to do things for ourselves, and other times to work together on shared goals. For the LGBT movement, joining forces with existing civil rights organizations like the ACLU was crucial. We Humanistic Jews have issues of common concern with other secular, Humanist and like-minded organizations, no matter what names we choose. Visibility, and ultimately acceptance, is a collaborative effort.

I have read that many in the LGBT world have drawn encouragement from the Civil Rights movement of the 1960s – from its legal strategies, its patience and perseverance, its coalition-building and its ultimate success. In 197j8, 74% said they would not vote for a gay Presidential candidate. Thirty years later, the numbers have flipped. Now it’s our Humanist turn to live our truth and support each other.

Adam Chalom is the Rabbi of Kol Hadash Humanistic Congregation in north suburban Chicago. He is also the Dean for North America of the International Institute for Secular Humanistic Judaism.
View all posts by Rabbi Adam Chalom →
This entry was posted in Kol Hadash Shofar. Bookmark the permalink.

1 Response to “Coming Out” as Humanists and Humanistic Jews